PLANED (Pembrokeshire Local Action Network for Enterprise and Development), in conjunction with the Community Council of Crymych and the school (Ysgol y Preseli), are working to improve the existing landscape at the corner of the junction to Ysgol y Preseli. commissioning Perryn Butler was asked  to design and install a finished work that will complement, and act as a focal point for, the larger scheme. 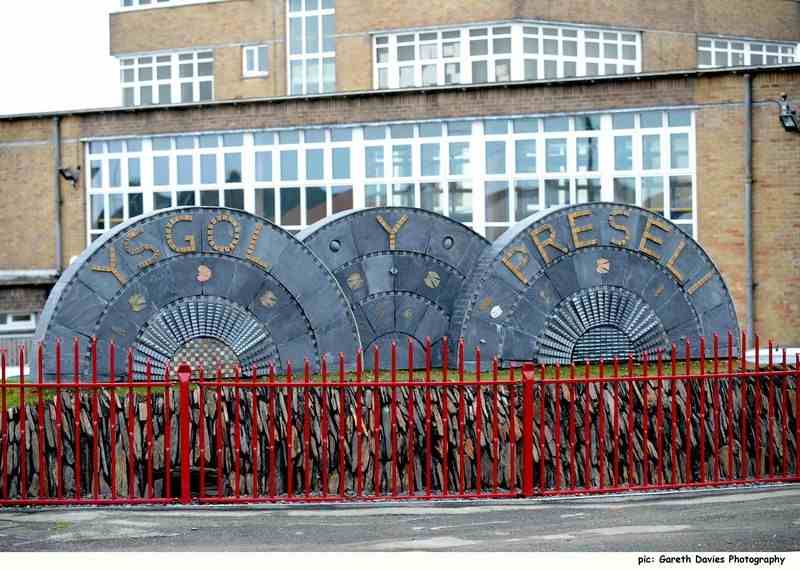 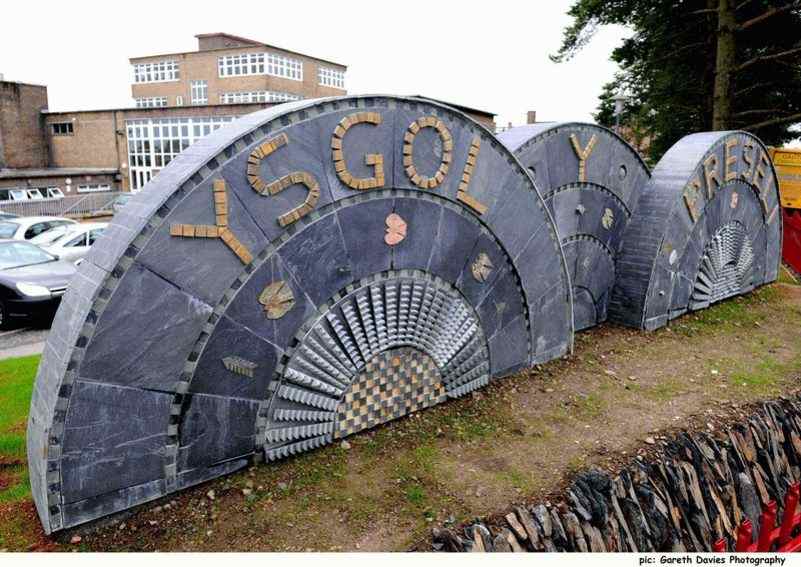 The site has a prominent location at the gateway to the town and allows an opportunity to create an artistic feature for the locality. The work will  incorporate the name of the school. PLANED, the school, PCC and the Community Council are keen to see art incorporated into the landscape design .
Perryn's design is on a structure like a long barrow which will be constructed like a traditional Pembrokeshire hedge-bank. She will be working with Mr Dai Rees, county landscape architect. The mound will go round the bend and the sculpture will follow the curve. It will be made of reclaimed slate and stainless steel with perhaps lead and copper integrated. The letters will be cut out of stainless steel for visibility and longevity.
The project is to be completed by the end of august
Lamphey School, 1910 to 2010 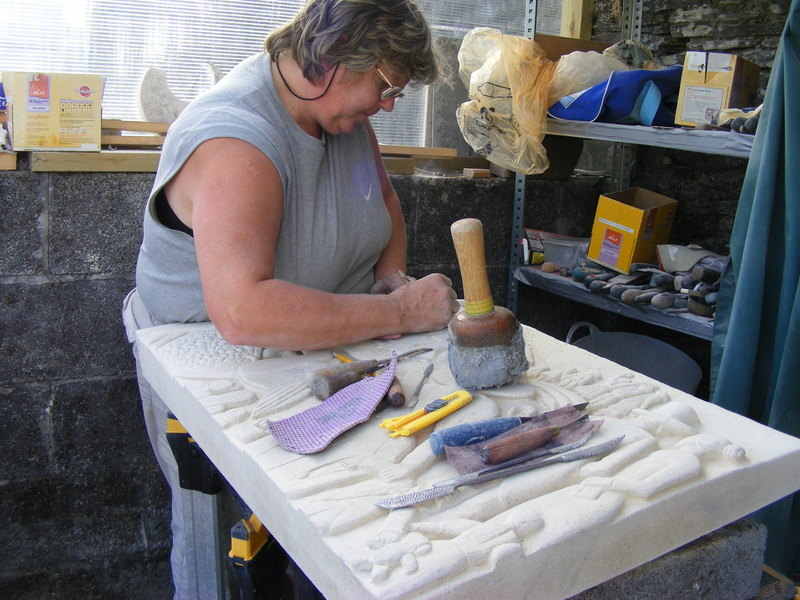 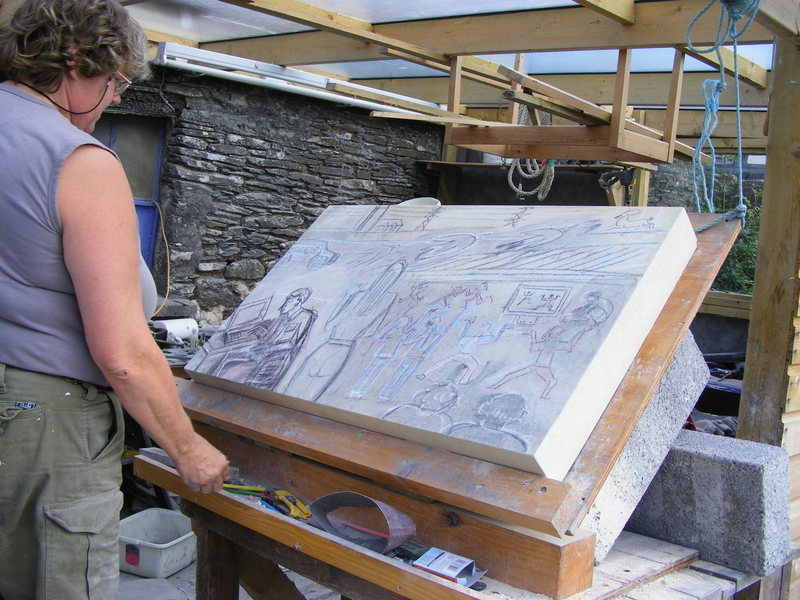 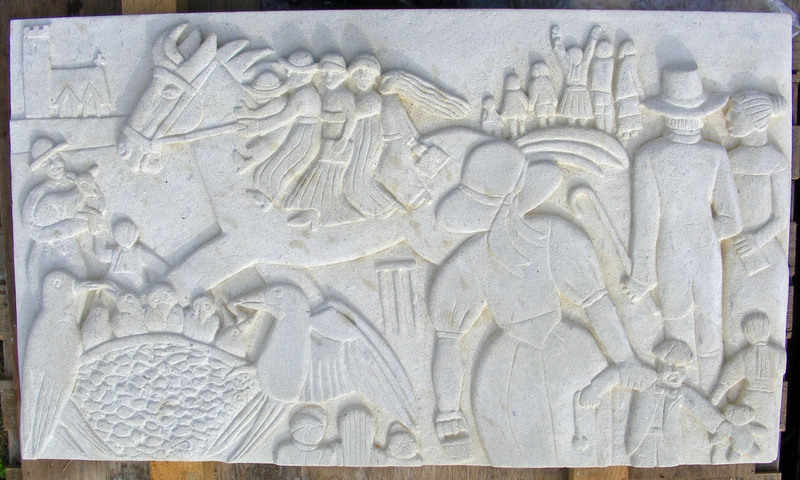 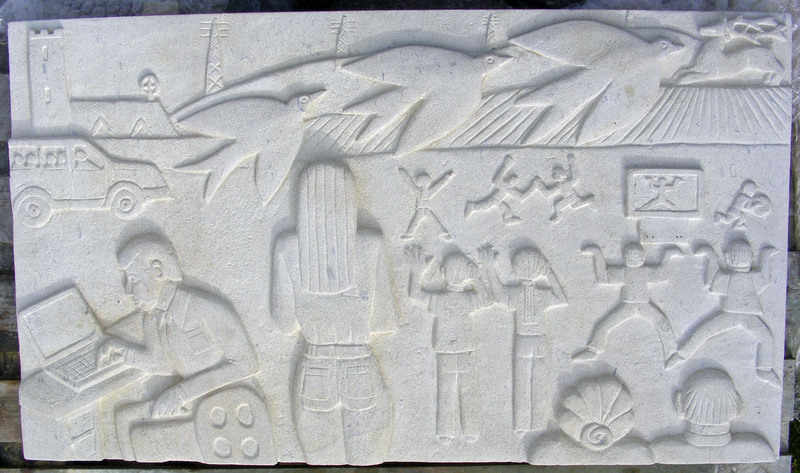 Lamphey School 1910
PembrokeDock Heritage Project
2005-2006
https://youtu.be/xbaTzgEPnBE
Pembroke Dock Heritage, set of six Bronzes, set in the wall of the ancient Dockyard, depicting the history of the ancient Royal Dockyard  fro 1814 -1941where countless ships of the line and five royal yachts were built. It was also the number one flying boat station in the world.
http://www.thedock.org.uk/part%2010/Dockyard%20Wall%20Pembroke%20Dock%20with%20Heritage%20Plates%20March%202006.jpg 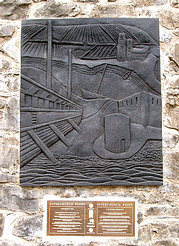 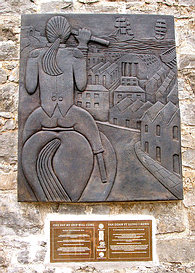 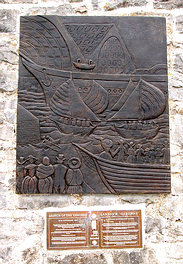 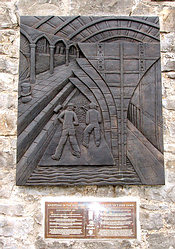 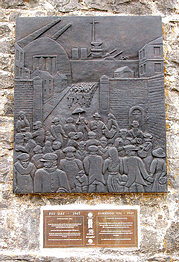 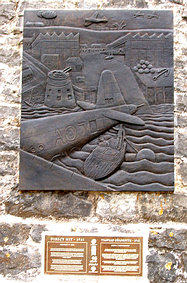 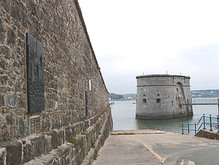 The site of the Bronzes, next to the Gun Tower , on the old Dockyard Wall.
This project took nearly 2 years, from the planning stage to the installation. Perryn carved each image out of Bathstone, from which a mould was taken,
and then the bronzes were cast using the lost wax process. The completed project has each of ther six bronze panels set into the walls of the Historical Naval Dockyard Site, within site of the Napoleonic Martello Towed. The Bronzes now form an important aspect of the tourism of the town.
For more information about this project:-
www.thedock.org.ukpart_10.htm
2007 was a busy time  for Perryn  with several exhibitions around Britain and Europe and America. In May, an exhibition of leading Pembrokeshire Artists was arranged for a visit by the BBC. Perryn was on the BBC advosory committee for a programme about Haverfordwest.
COMMISSIONS

Perryn completed a series of 6 relief panels in December 2005, which took over a year to carve, commissioned by the Pembroke Dock Heritage, which depict the history over 135 years from 1810, of the historic naval town. Carved in Bathstone, a mold has then been taken, and prior to the bronze being cast from lost wax, a bronze resin cast has been produced. The panels , which are now cast in Bronze,  have now been erected on the walls Pembroke Dock. The opening ceremony for the Pembroke Dock Heritage Project was on July 3rd, in the presence of H.R.H. Prince Charles.
The completed project has each of the six Bronze Panels set into the walls of the Historical Naval Dockyard site, within sight of the Dockyard, Napoleonic Guntower, and the sea. As part of a huge project, the Bronzes now form an important aspect  of the tourism appeal of the town. 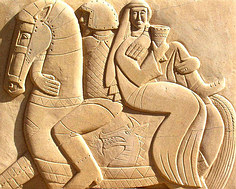 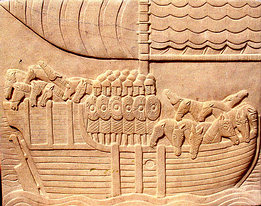 Princess Nest   and  The Invasion